Top of the World

So, I went on holiday. I had an unforgettable weekend in Kathmandu: it was noisy and messy and at times very confronting, but my local friend was an excellent guide and was really able to show how to appreciate Nepal. Here's a taste, but you should go, go, go. 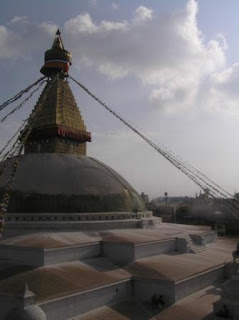 Boudhanath, Buddhist holy site and centre of Kathmandu's Tibetan population. We sat on a rooftop terrace next to it eating momos and watching people down below. It was serene and beautiful. 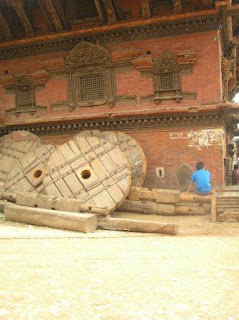 Enormous chariot wheels in Bhaktapur, a walled city about an hour's drive (20km) out of Kathmandu. We saw local potters in action and visited the National Art Museum, where the task of preserving centuries-old artefacts was delegated to a couple of mothballs... 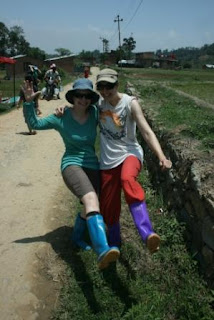 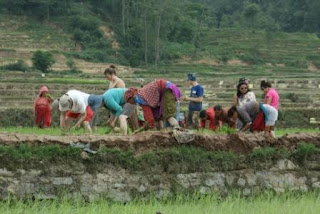 We went rice planting! We decided to be ever so clever and avoid leeches by wearing gumboots - the only two pairs my friend was able to find anywhere in Kathmandu (the blue ones were actually for two left feet). As it turns out, if you wade into a muddy field in gumboots you get stuck and can no longer move, so we had to ditch the boots pretty quickly. The locals, mercifully, did not laugh at us much. 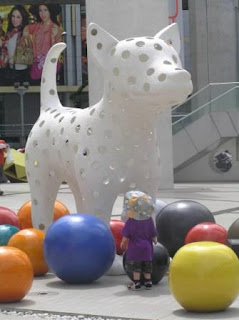 After Nepal I met up with my family in Bangkok, where my son developed an appreciation for public art. (consider this a cross-posting of sorts from Occasional Flourish).


There we go. Just under two weeks of  new experiences, little to no internet (the Higgs boson whatchamanow?) and a good dose of warmth came at a good time for me to gear up to my Big Change. Today I handed in the keys to my carrell at uni, and am no longer a student. What I am, though, as of this Friday, is a Research Officer at the Graduate School of Education at UWA. Onwards and upwards!
Posted by Sanna at 9:55 PM